Living for the Long Run

Why The Cedar Life? 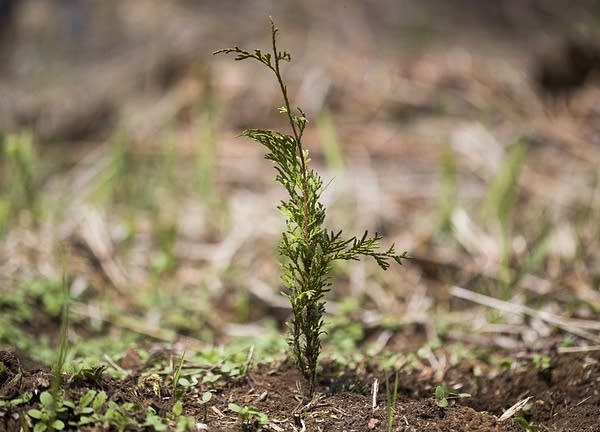 It is probably not a stretch to suggest that most accountants don’t have personal, tree-themed, blogs. Objectively, it seems an odd combination. My hope is that this post answers the ‘Why’ question.

I’ll start with the writing part. For a few years, the idea of writing something like this blog has been on my mind and heart. Before my training in accounting and finance, I studied English Literature and spent four years working on what I would have previously called a ‘leisure degree’. My degree didn’t catapult me into a successful career, but I did write a lot of words during that time and learned that I liked it.

Two or three years ago, I considered starting a blog. The only problem was that I didn’t have anything to write about. I thought about doing a personal finance blog and ultimately realized that wasn’t “the one”, but the writing itch remained.

Recently, I was invited to contribute some of my writing to a local Catholic community website. The process of crafting the articles I have written so far has made something come alive in me that had been dormant for many years.

When I entered the accounting profession in 2009, I was assigned by my firm to work with some forestry companies, though I knew almost nothing about trees that a 9 year old couldn’t tell you. That said, I loved it. I loved the forests, the mills, the smell of freshly cut lumber – all of it. After leaving the firm, I spent the next four years working in the industry. After spending the better part of a decade working in and around forestry and travelling all over our province, I had accumulated a lot more knowledge about trees and forests than I had ever intended.

After moving on to another industry, however, I viewed my knowledge of trees in a similar fashion to the way I viewed my English degree – nice to have, but not very useful in the big picture.

The last couple of years I spent in the industry, I was working for a coastal forestry company in British Columbia. There, I became more familiar with the Western Red Cedar, a species that grows almost exclusively on the West Coast. This type of cedar is valuable due to its beauty as an appearance grade product (it is used for siding, decking, timbers, and many other products). It weathers well and while I’m sure its value is not based on it, there is something indescribable about walking through a sawmill and smelling freshly cut cedar logs.

For all its practical uses as a processed material, however, seeing an old-growth cedar in the forest is awe-inspiring. When I worked in the industry, particularly as a finance oriented person, I appreciated the market value of cedar trees. When I think of cedars now, I think of the giants of the coastal forests that have stood for decades and sometimes centuries; constant nobles that have endured the seasons, storms, and adversities of nature. I think of the traits of these trees and see a metaphor for a life well lived.

A few years ago, I discovered a deeper faith; one that I had never experienced or thought possible. I began reflecting backwards on my life to that point and realized that what I thought were many independent, unrelated events, were actually lining up in a way that I could never have planned for.

As I’ve pressed into this and the opportunity to write has emerged again, the image of the Cedar tree has become more meaningful and an example of a different life than the one offered by our culture. I see it as an invitation to walk the ancient paths, slowly and deliberately.

Like many people, I find it comfortable to exist in the ‘right now’ culture that strives to take over our lives. There have been times that I have found myself annoyed that the thing I ordered online, using my phone, while stretched out on the couch won’t arrive until two days from now. On a deep level, however, I know this isn’t the life God intended for me.

Amazon can provide you with many things, but one thing you can’t order online is a four-hundred year old cedar tree. There are no shortcuts in growing a tree, and I believe the same is true for life. Trees possess character that can only be obtained through enduring the trials and challenges of nature over many years.

Character cannot be bought, only formed through the passage of time; by falling and getting up, failing and trying again, overcoming challenges, and standing face to face with something that wants to take you down and responding, ‘not today’.

I have a theory and want to test it out. On my journey, I have experienced what the world has to offer and realized it has left me wanting; I have discovered that there is more, and that the “more” is worth talking about and sharing with others.

Life can be a struggle, but there is joy in it – in the battle, the defeats, and the overcoming. I have realized that I do not want to live the instant-gratification, quick-fix life. I want to live a life that is durable, grows through the seasons, and sits on deep roots. One based on making choices that lead ultimately to the type of life that a guy in his 30’s might look up at and think, ‘that is a well lived life’.

In short, I am embarking on a journey to last a lifetime with an old tree as a guiding principle and metaphor.

And while I may just be a regular accountant with no expertise on how to get there, I am willing to try, mess up, succeed, fall down, ask for help, and talk about it. I would love to have you along for the ride.

← About Me
Staying Rooted →